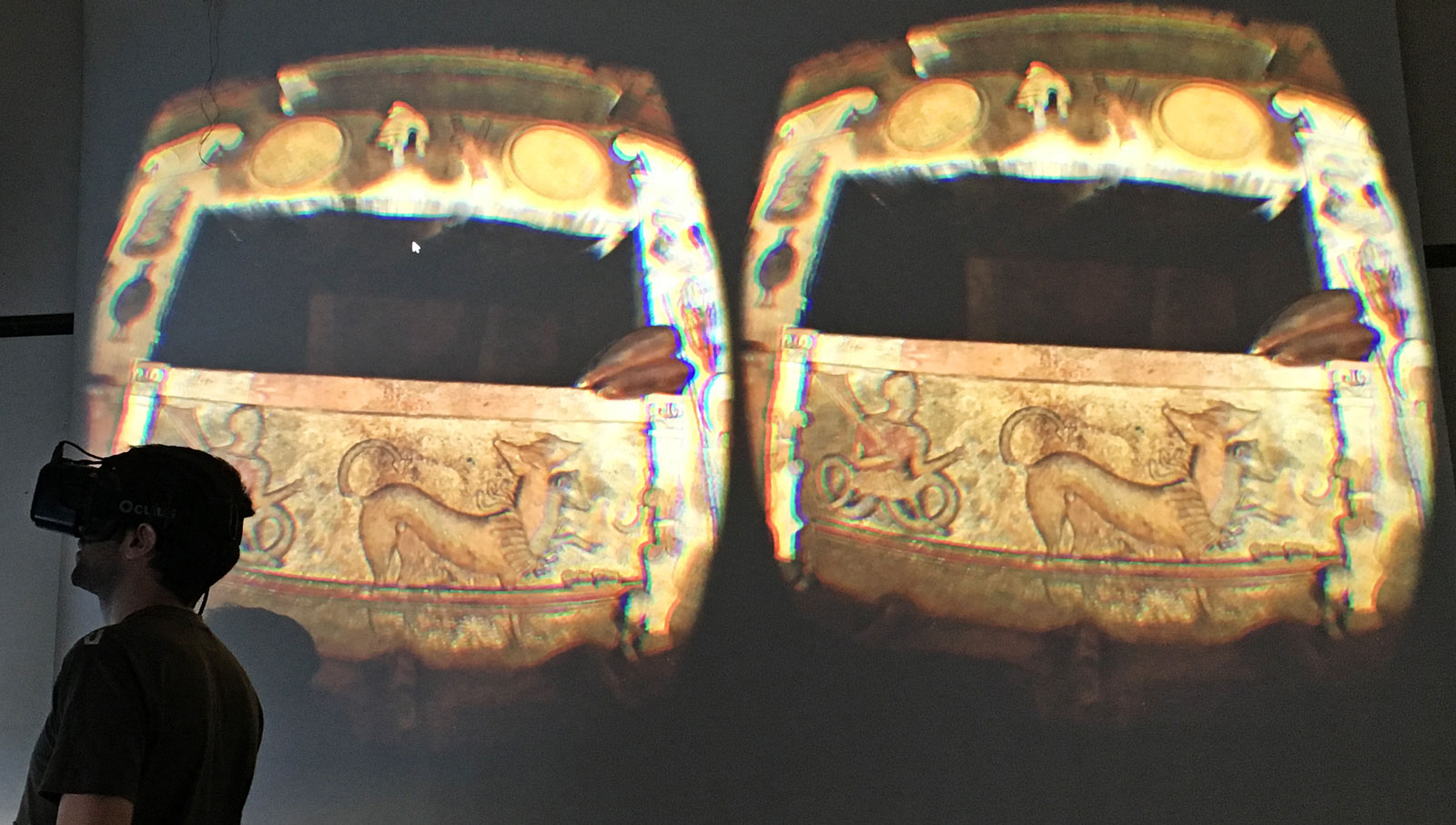 Immersive VR is a further step toward the creation of a full immersive experience inside reconstructed Virtual Archaeology environments, that opens up incredible possibilities in terms of content dissemination and emotional fruition. ovrWalker is a portable desktop application for immersive visualization (VR) and exploration of complex 3D environments through Head-mounted displays (eg. Oculus Rift) and gesture-based sensors such as Leap Motion controller, MYO armband and other devices. The project’ goal is to offer user full sense of presence inside virutal spaces (reconstructed or produced by range-based/image-based acquisitions) and the sense of spatial scale.

The project has also the objective to study and research new ways (e.g. 3D user interfaces) to interact with virtual environments for Cultural Heritage, in order to provide an engaging experience for visitors within a museum or public exhibit. Furthermore, during 2016 it has been enriched with a special software component (“ovrTrack”) to automatically trace/record user sessions for visual inspection after the expo. 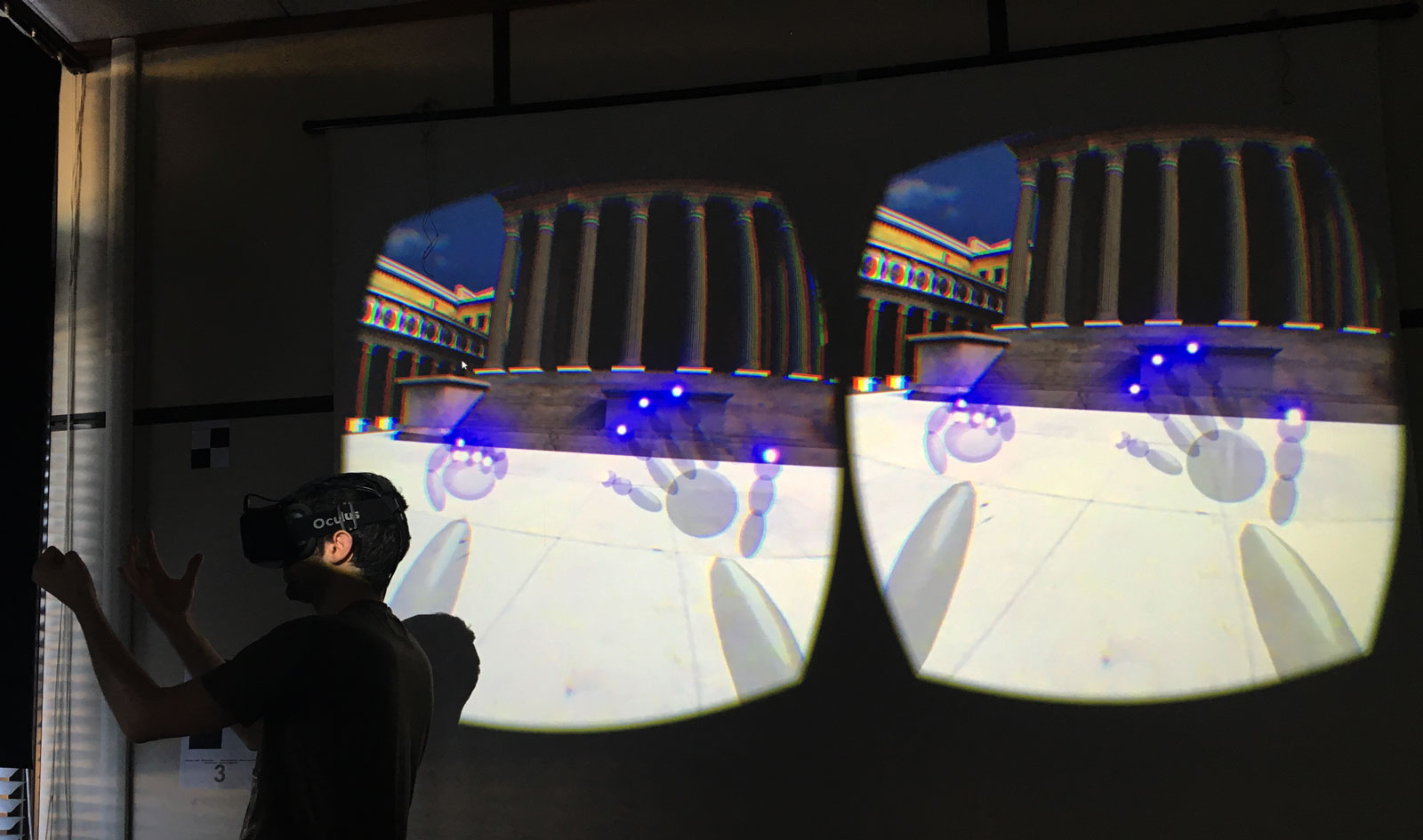 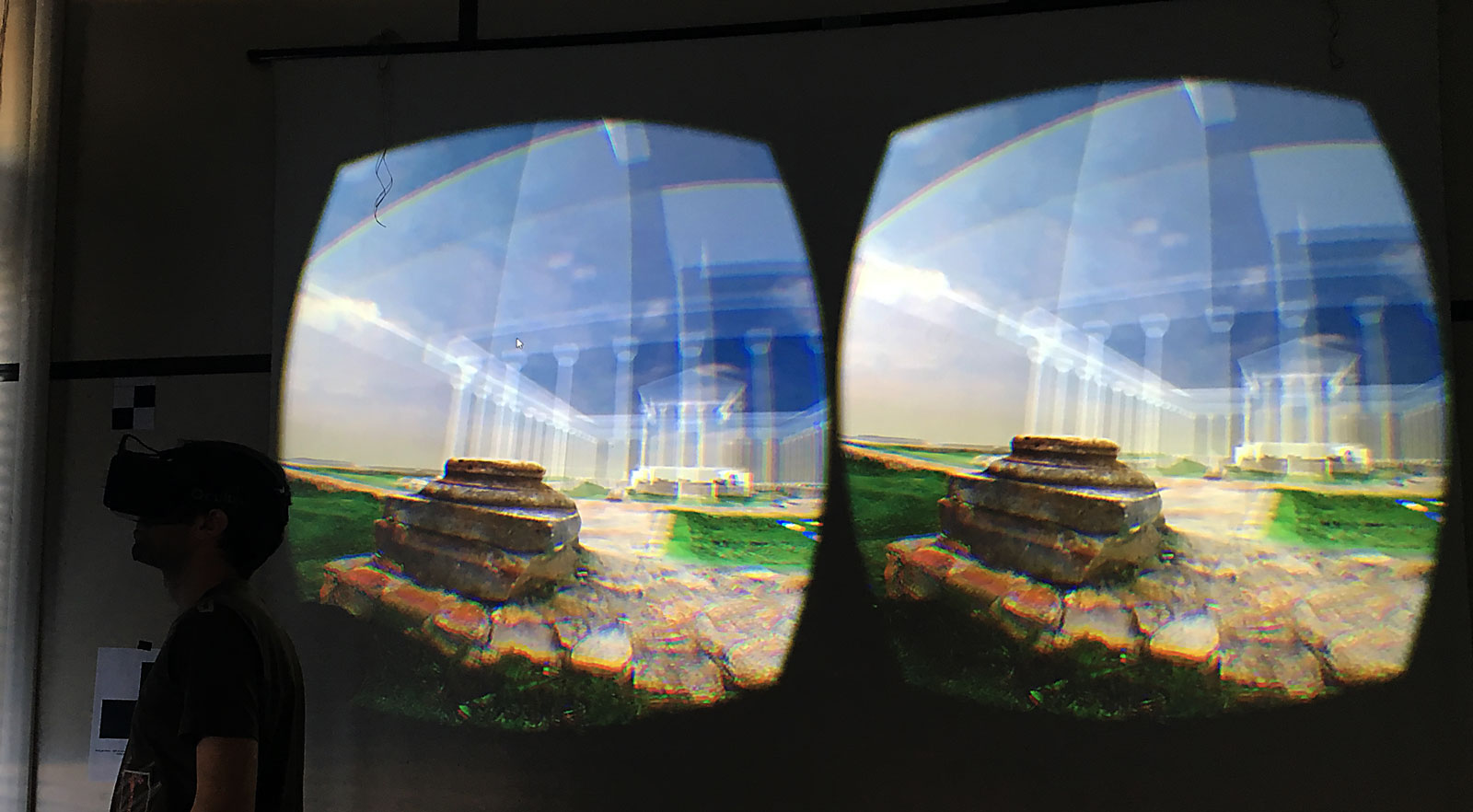 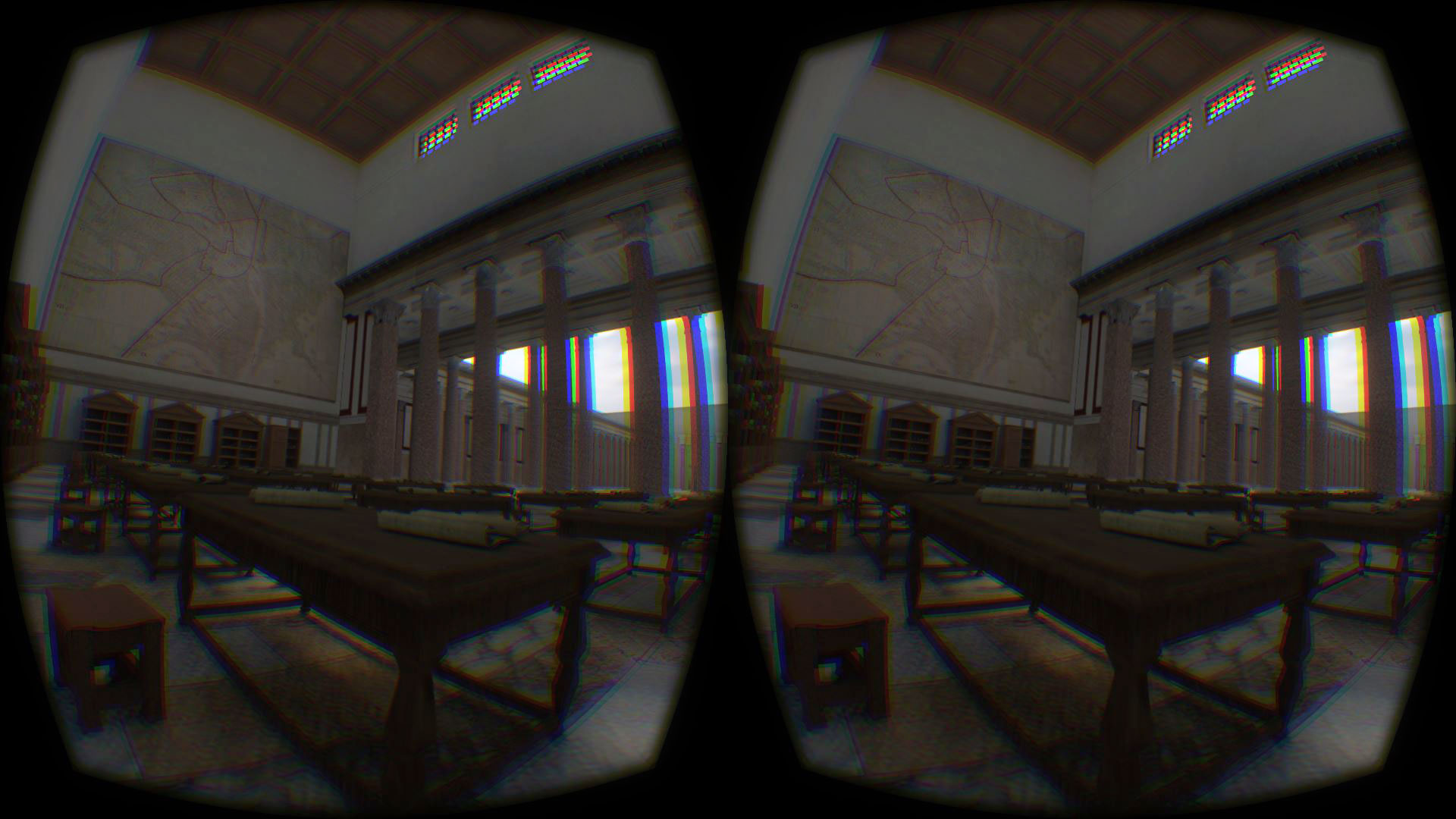 A list of expo and public demos where ovrWalker was deployed