This is an ongoing experiment aiming to create a fictional 3D map of the famous Game of Thrones TV show. Landscape Services were used to generate multi-resolution base terrain combined with multi-layer imagery to exploit Aton‘ simplified PBR rendering.

Starting from a base imagery map, a DEM was created from scratch (isolating water, rivers, hills, etc…): in this case no geo-referencing (through world files) is involved, since world scale and extension are… quite fictional and pretty vague. Separate scene-graphs were built to handle simplified trees (mimicking those shown in opening credits), taking advantage of instancing capabilities, as well as a water level with own multi-texturing – all composed into a global scene. This experiment also introduces the new annotation features offered by Aton, to map major locations and/or events (for now). The scene is fully evolving: digital elevation model needs some fine-tuning, new annotations and 3D models of major cities / places will be eventually added to enrich the overall composition. 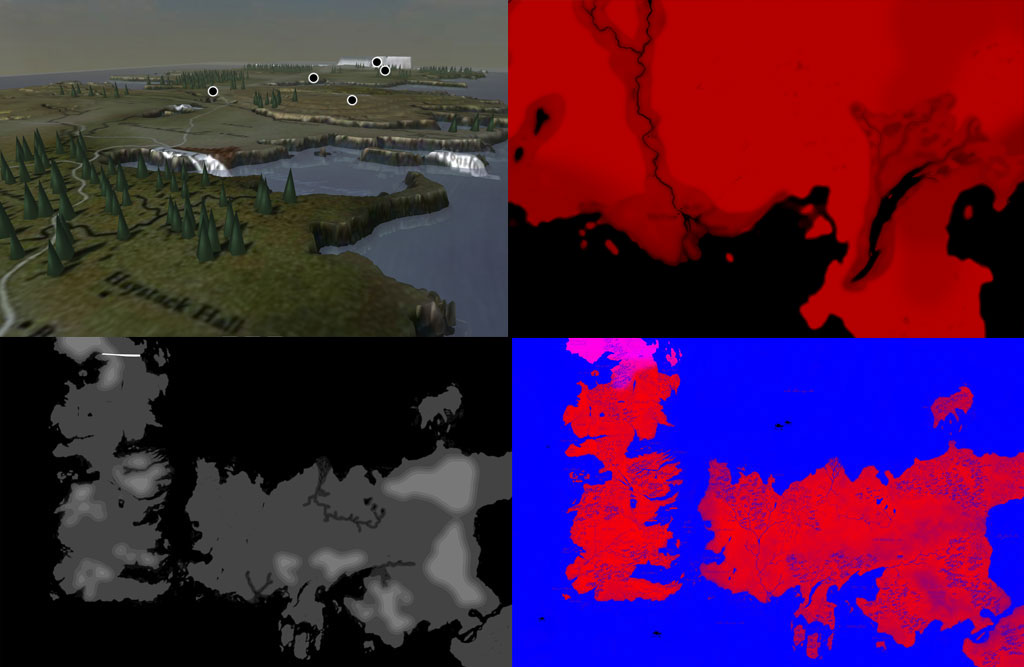 More info coming soon: this post will be updated!